The Tale of
Boris and Gleb

“My dream is that this production won’t just remain a festival production, that the play will always be performed somewhere. I would invite all my friends, everyone who loves coming to my theatre, I would say to everyone: come and listen to this wonderful opera”

The choral opera The Tale of Boris and Gleb, Their Brothers Yaroslav the Wise and Svyatopolk Okainny, of Dashing Robbers and the Good People of Russia was written by Alexander Tchaikovsky and commissioned by the Yuri Bashmet Winter International Arts Festival in Moscow in 2020 (the world premiere took place at Philharmonia 2 in Moscow on February 7, 2020). The plot, based on Old Russian sources from the 12th century, centres around the murder of the younger sons of Prince Vladimir the Baptist.

The events of the choral opera refer to the tragic fragment of history between the death of Grand Duke Vladimir “the Red Sun”, Baptist of Rus and the reign of his son Yaroslav the Wise. It was based on the monuments of old Russian literature “Reading about Boris and Gleb” by Nestor the Chronicler (ca. 1080) and “The Tale of Boris and Gleb” by Jacob the Chrismatic (ca. 1115).

“The Tale of Boris and Gleb… – is a full choral opera with no soloists but five choruses and over two hundred people, an orchestra, a dance and plastic ensemble, and the role of the leading character, Yaroslav the Wise, is assigned to a dramatic actor.

“I believe in God, who helps us, leads us to where we need to go. From the first rehearsal there was a sense of joy. When I heard the music, the beautiful choral sound – I was discouraged. I stood inside, as if I was in 3D, in 5D sound formats. There are passages like that when I stop and forget to say the text,” admits actor Andrei Merzlikin. 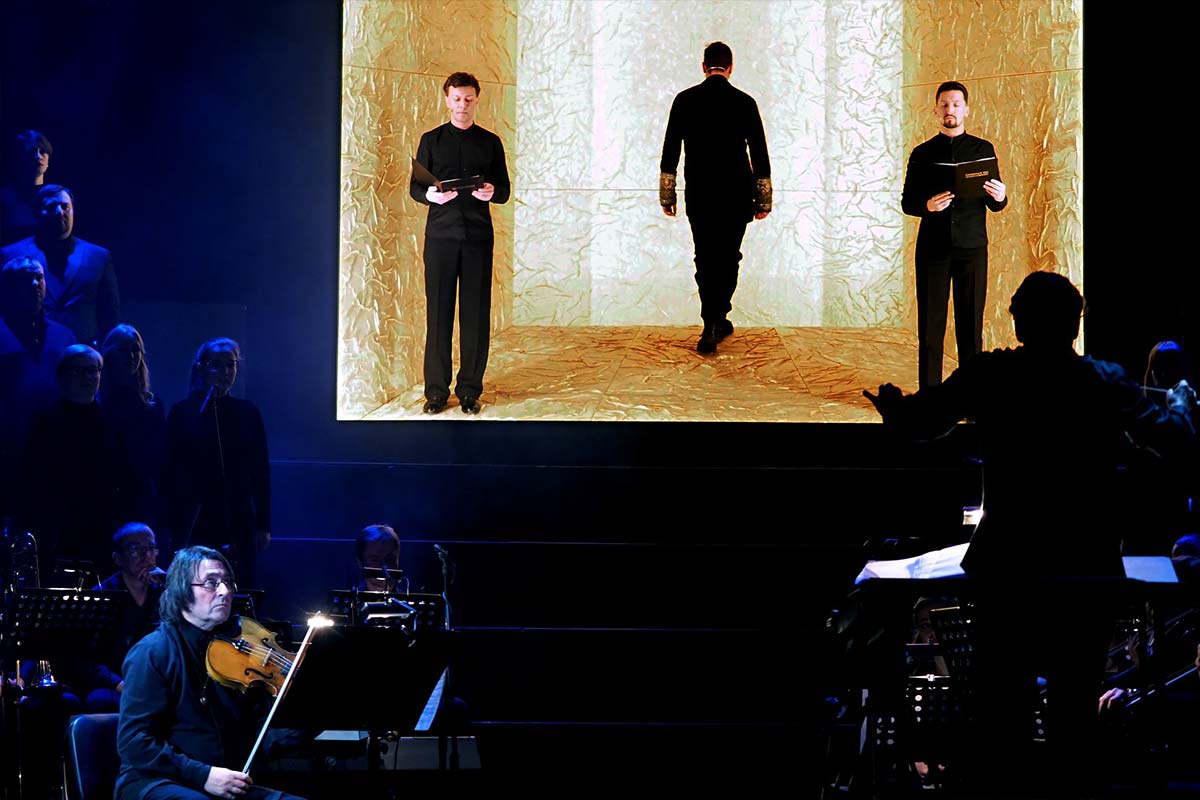 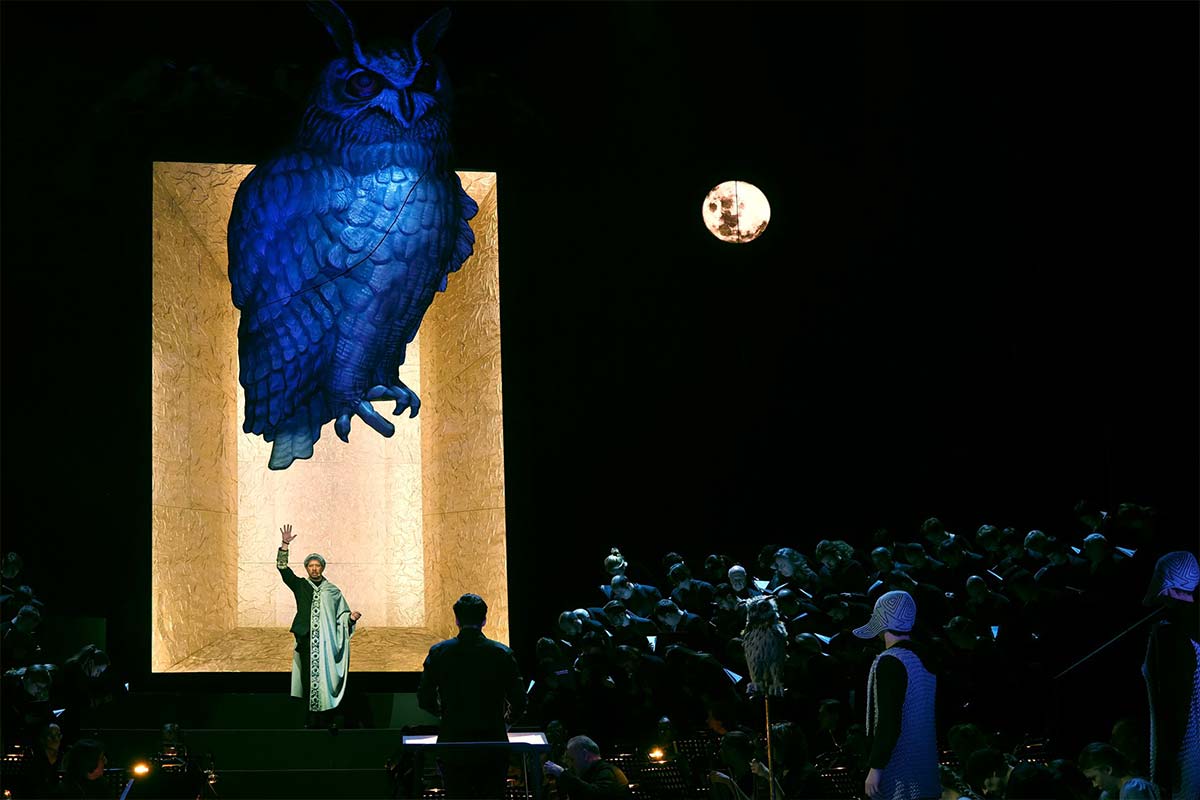 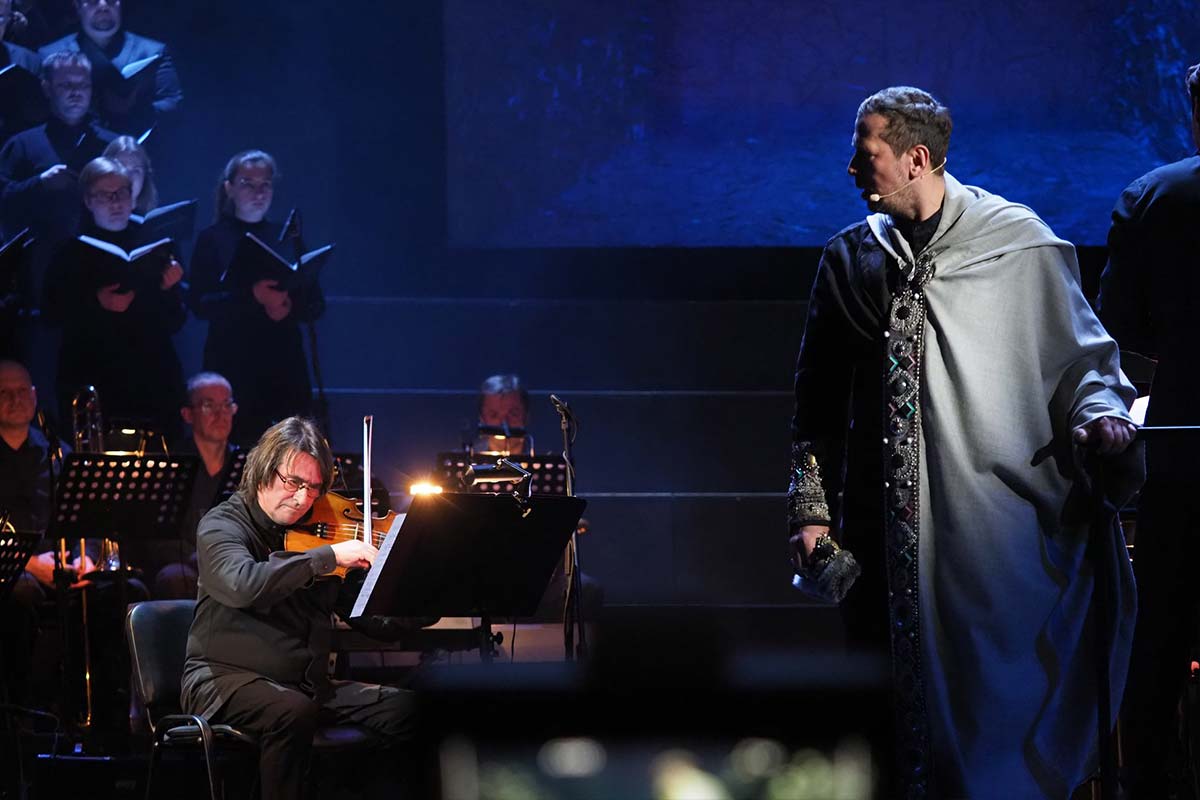 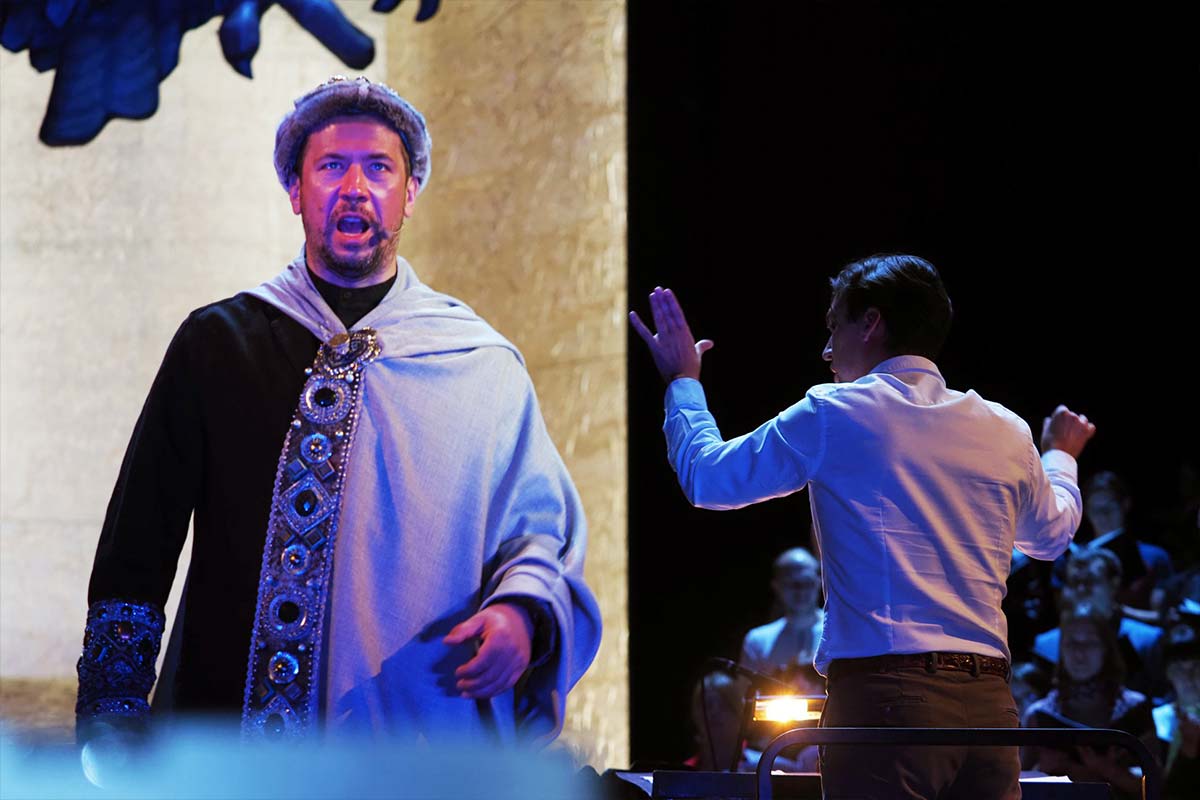 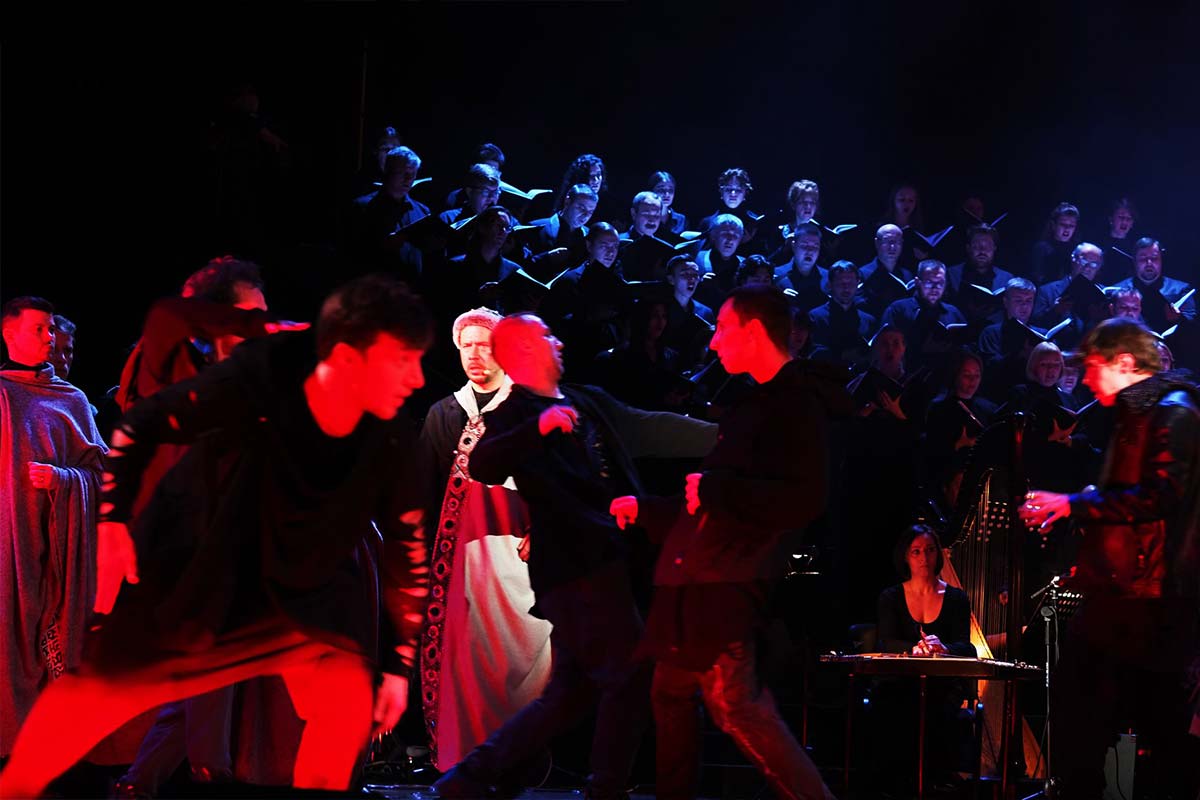 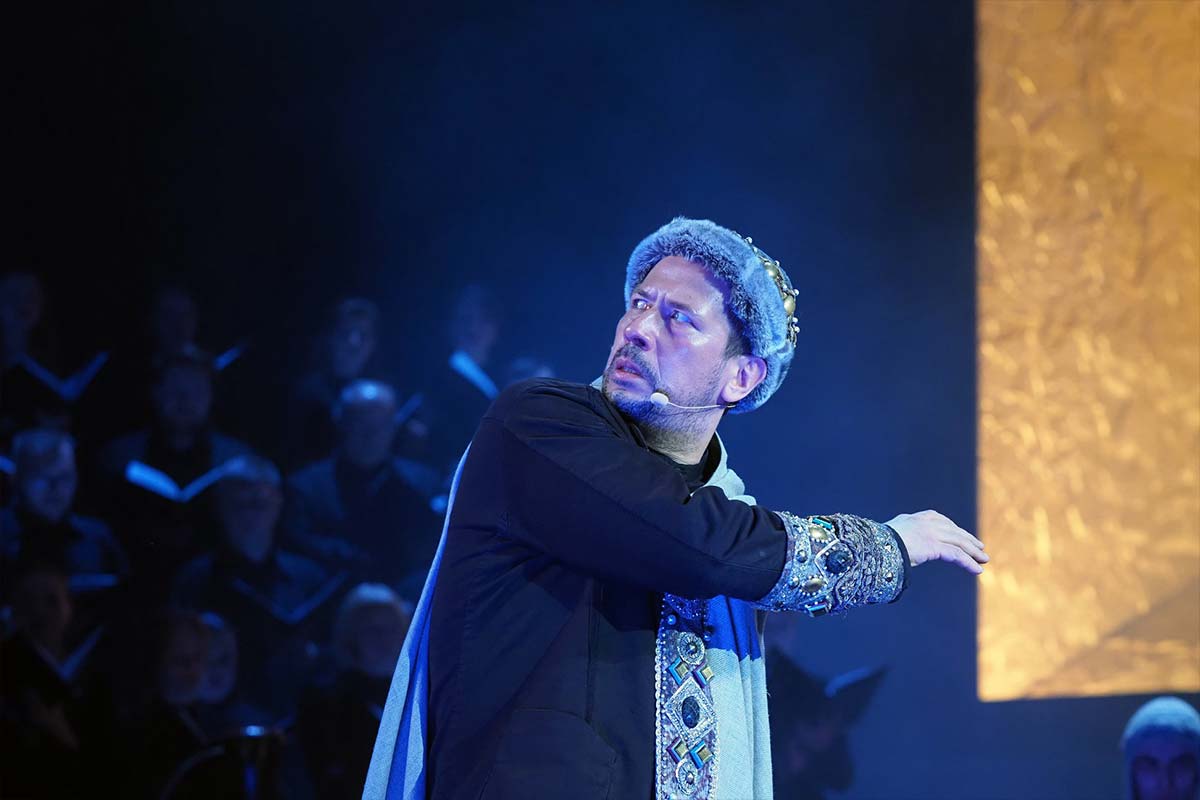 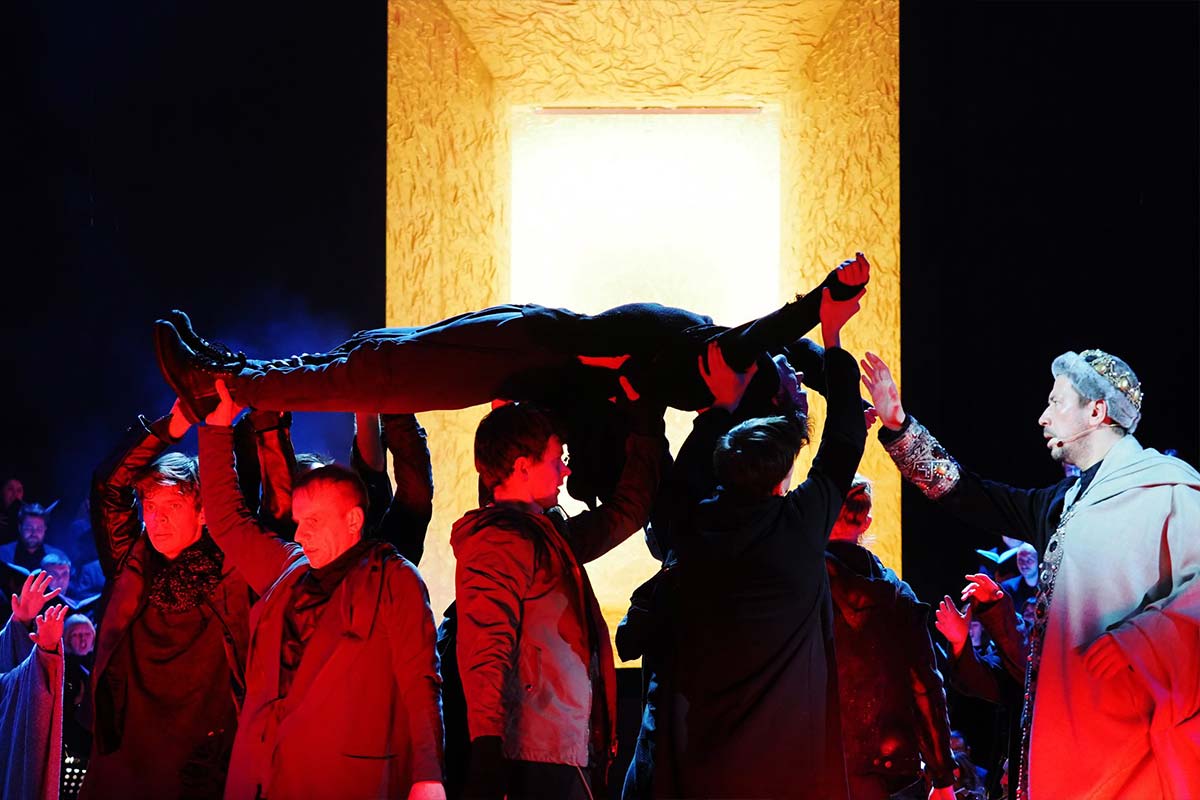 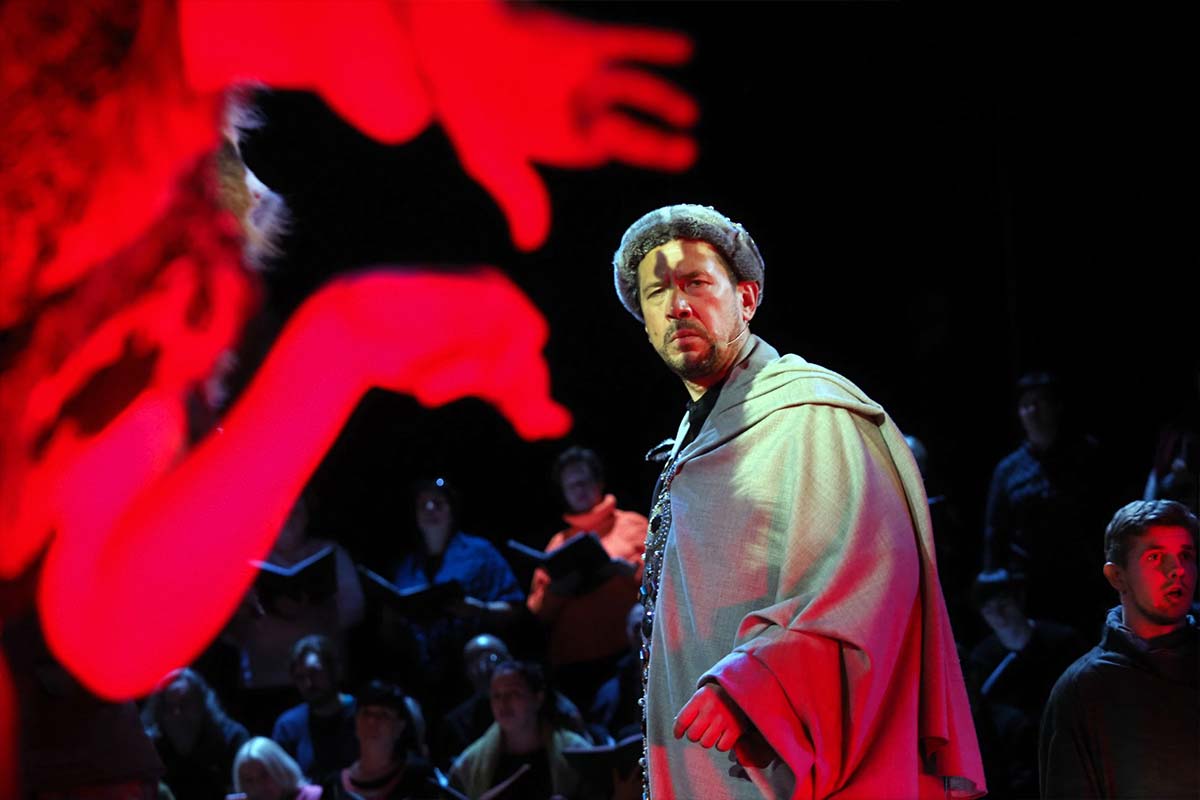 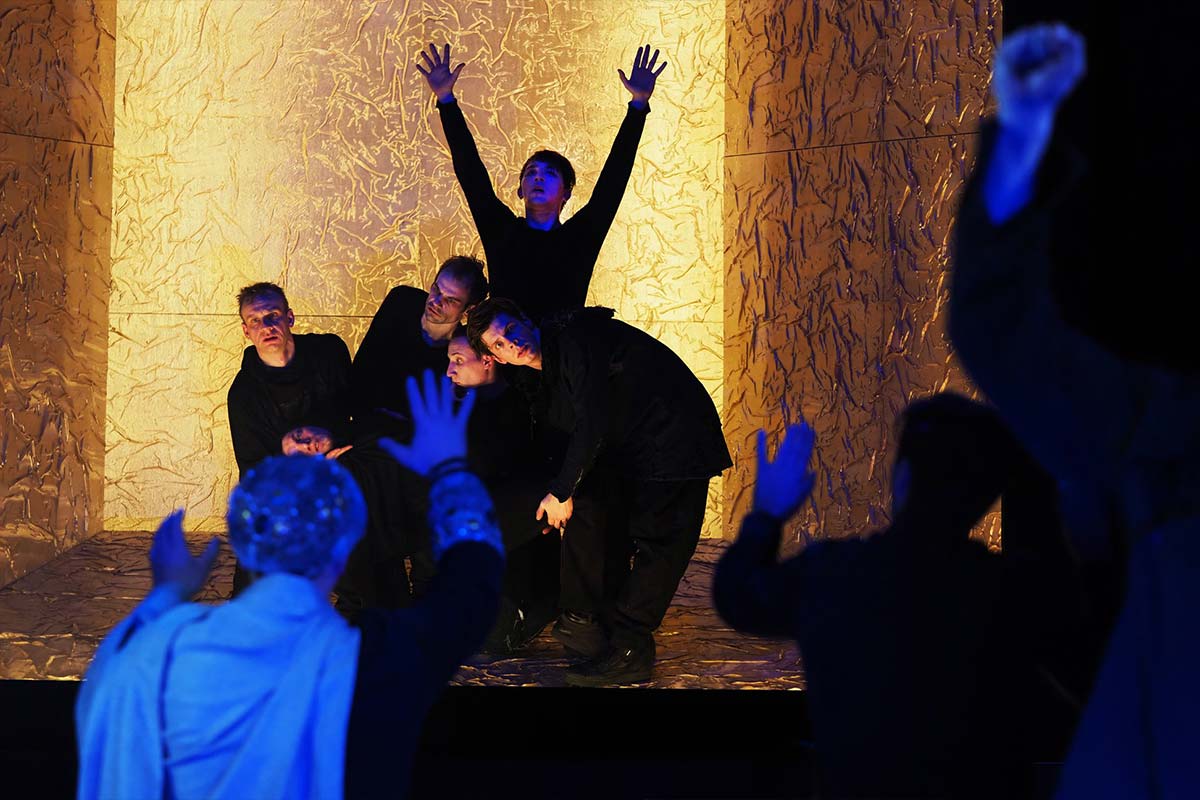 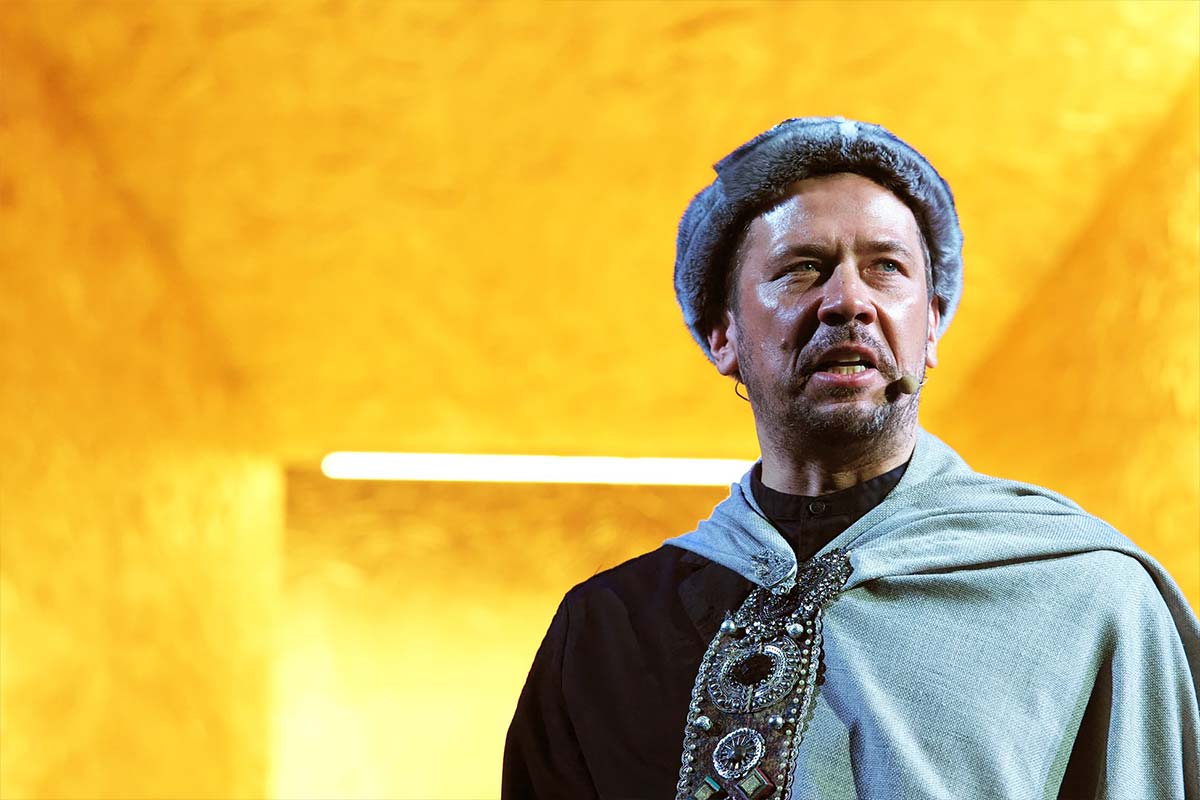 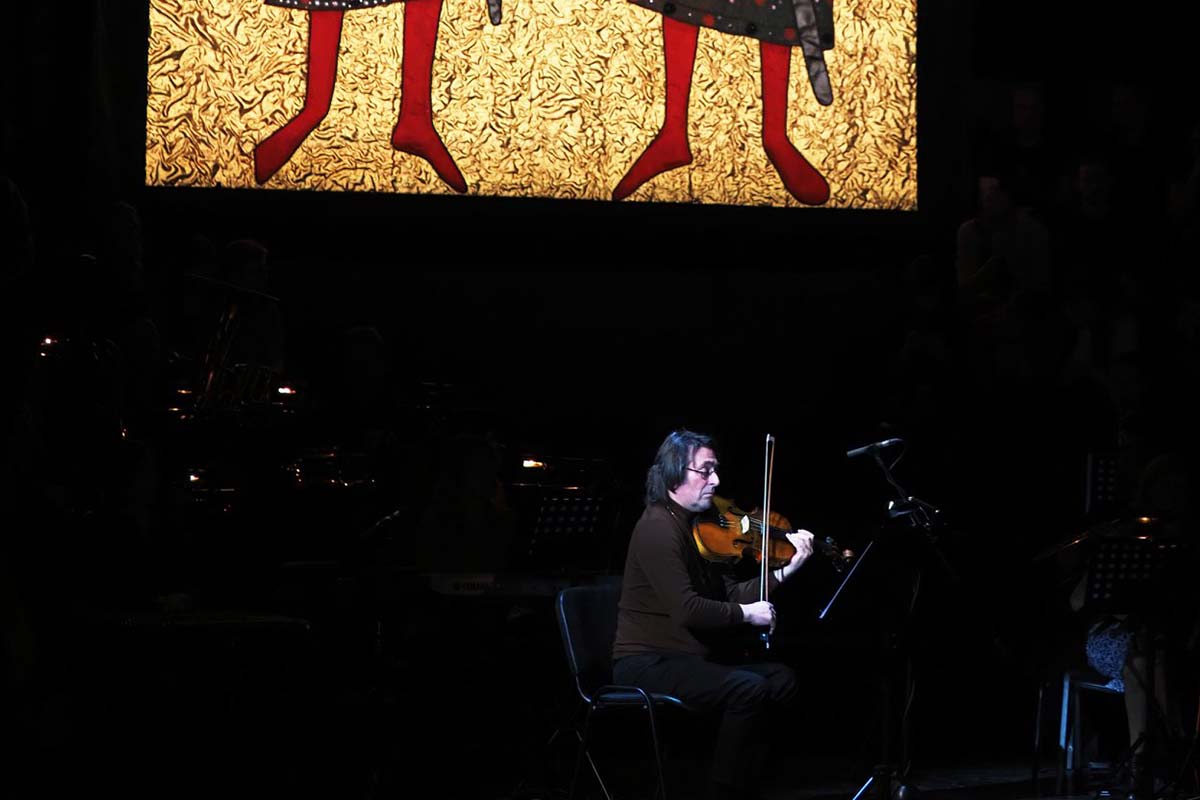 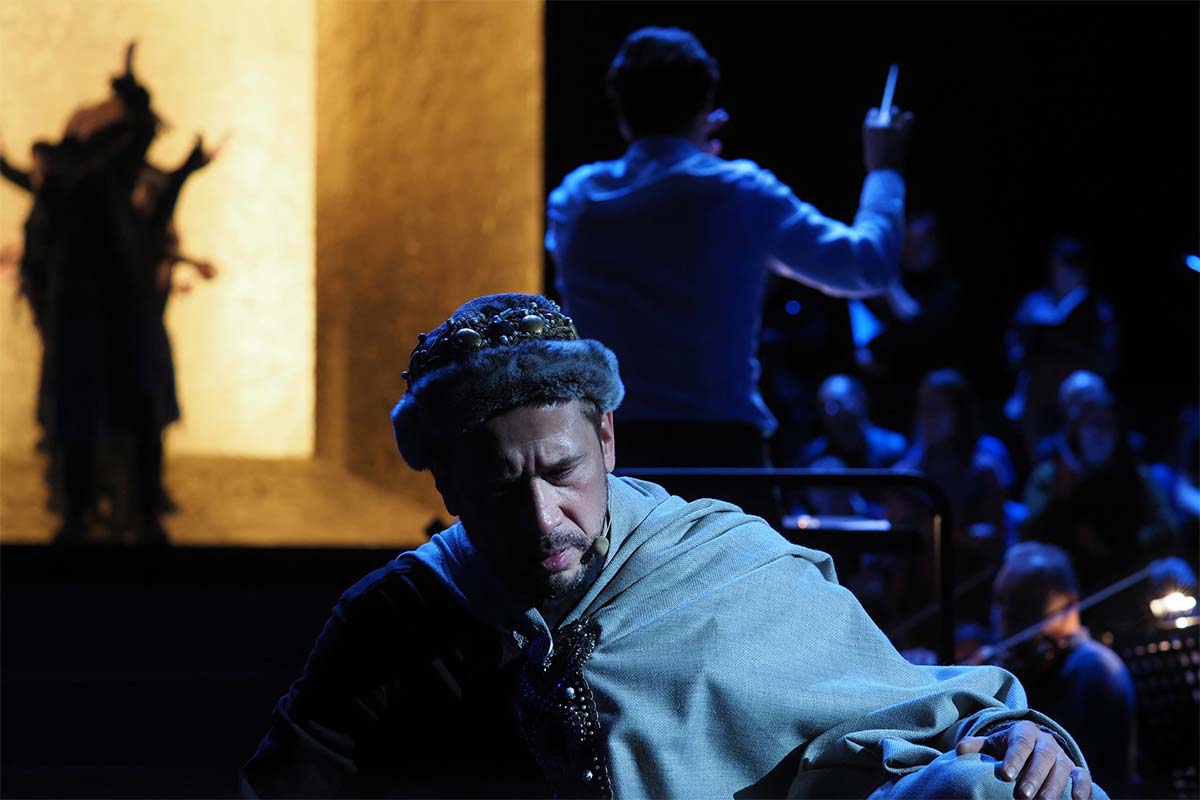 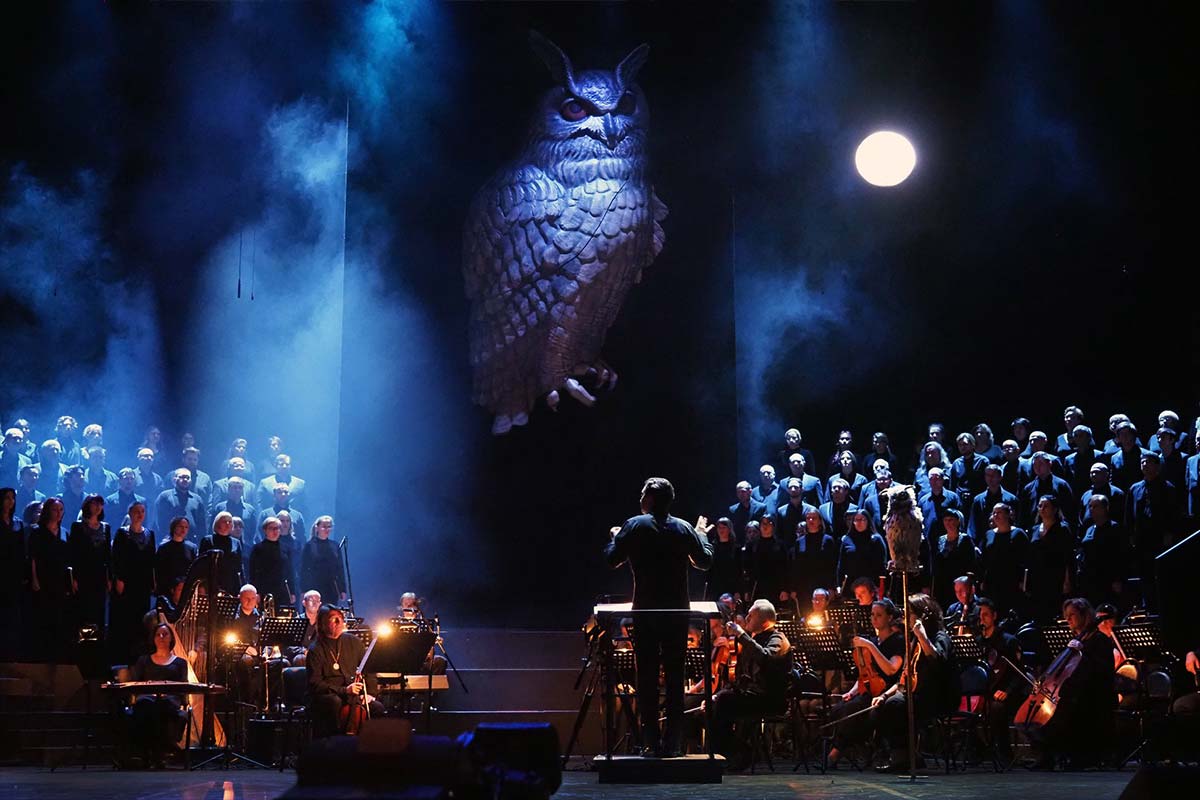 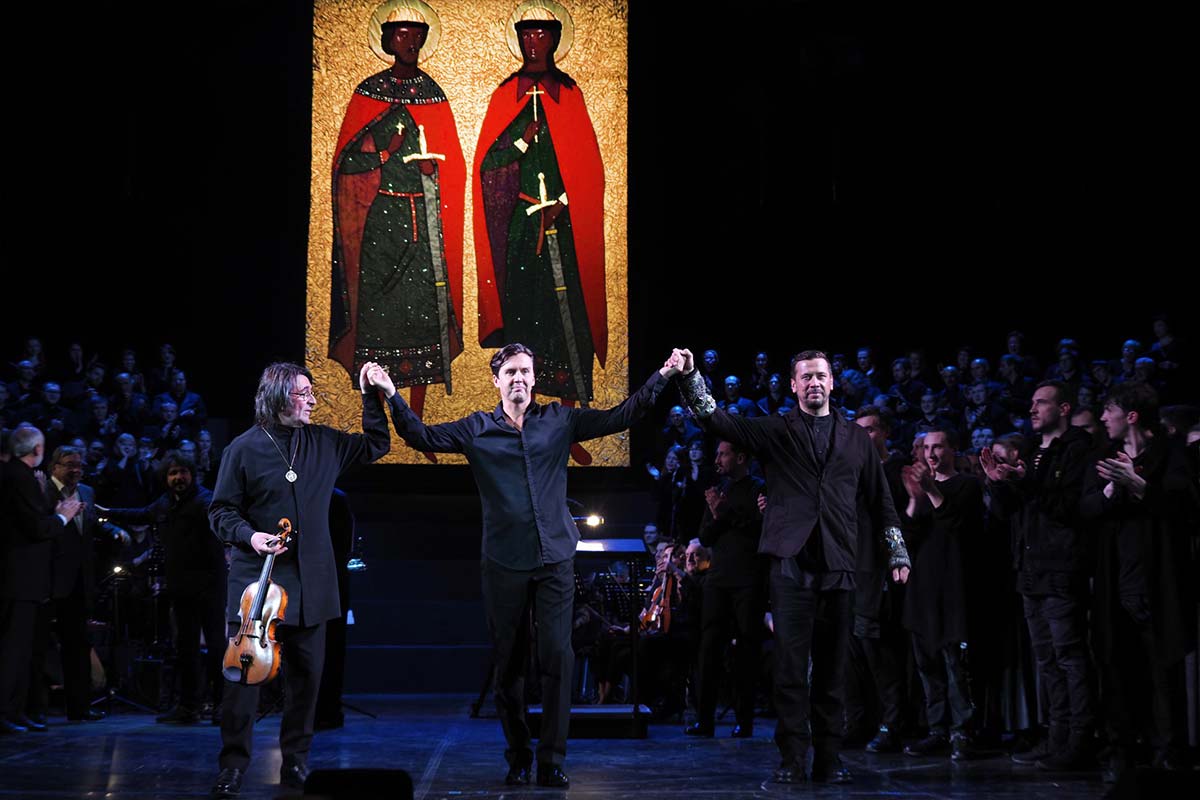 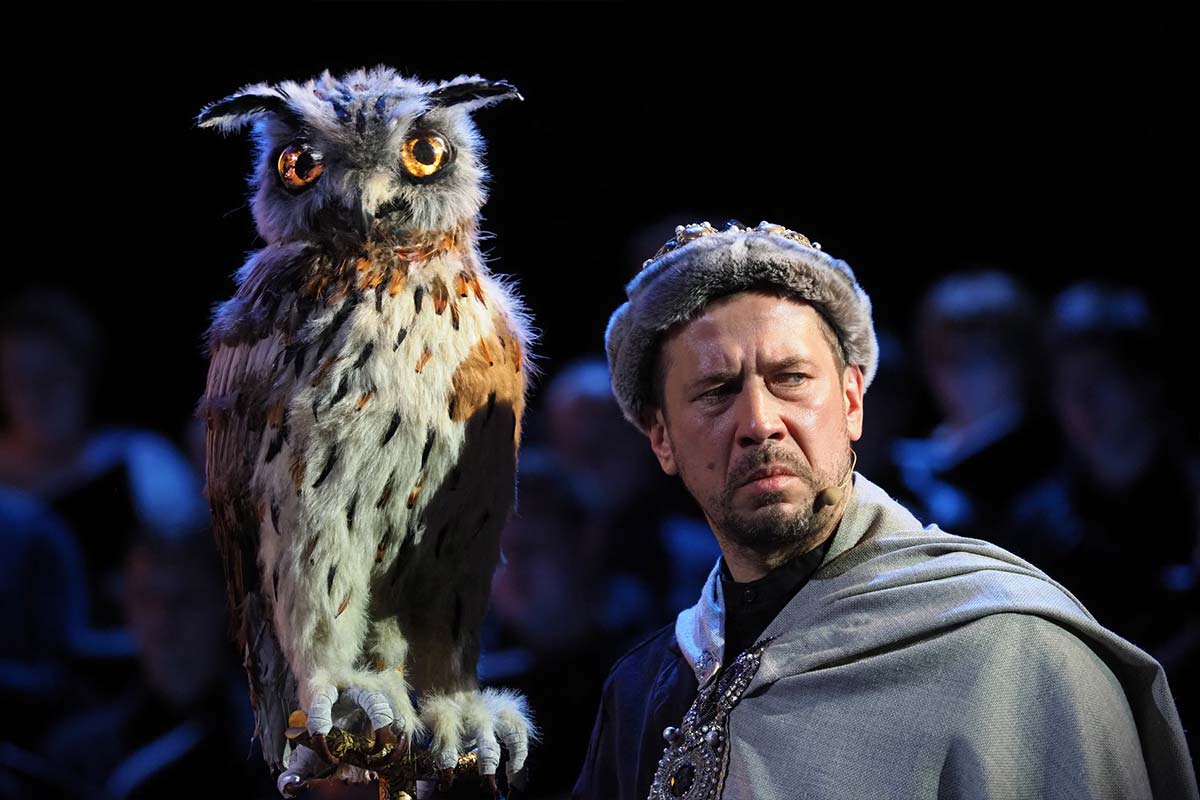 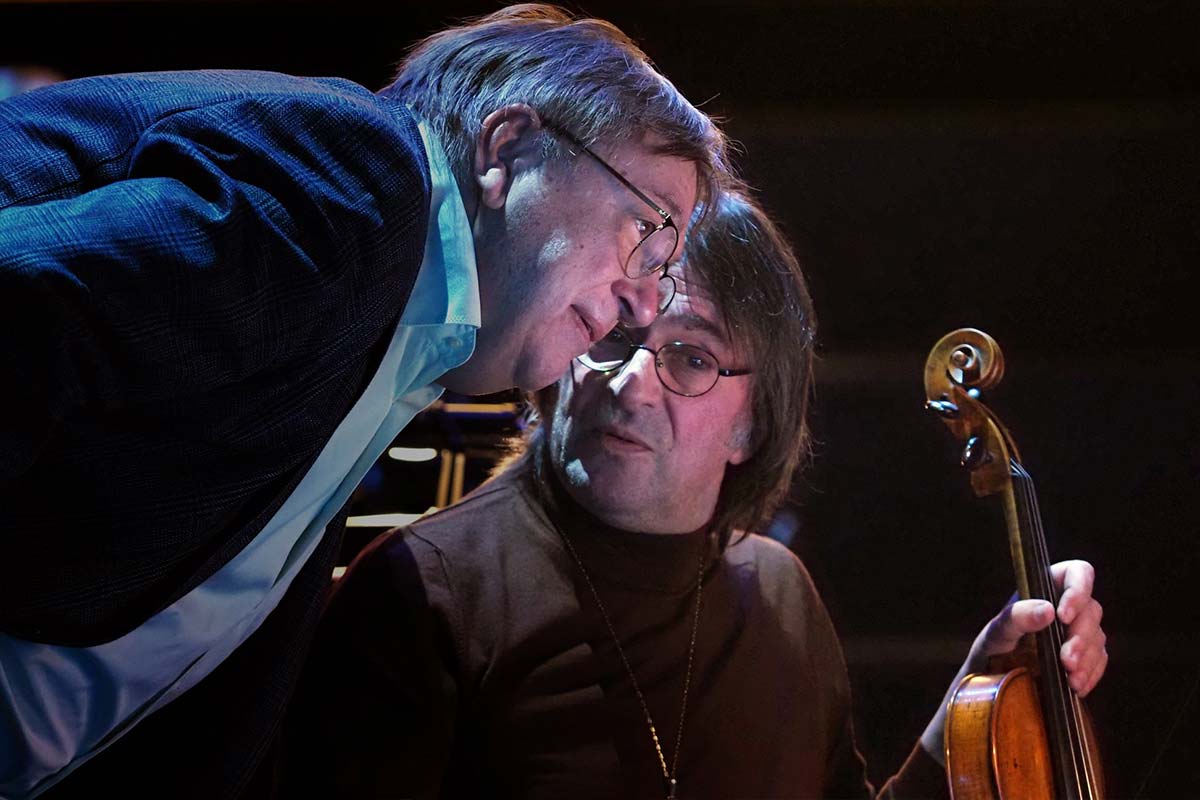 The opera’s dramaturgy is based on the intersection of two main lines: one is connected to the search and punishment of those responsible for the murder of Boris and Gleb, while the other is the confrontation between the people and the authorities. Thus the clash of active will and sacrifice, begs the question: at what price is the good purpose achieved, what does the hero undergo on his way to the glory of a wise ruler, collector of Russian lands?